This week marked the 200 anniversary of the Erie Canal. Growing up the “barge” canal was just a few miles away. The “barge” canal was built a hundred years later that rerouted certain sections of the Erie canal and improved the original. The Eire Canal was the first “superhighway” of the United States. It had a huge impact not only on the western New York but was instrumental in westward expansion.

Found on Wikipedia we learn this about the Erie Canal: “First proposed in the 1780s, then re-proposed in 1807, a survey was authorized, funded, and executed in 1808. Proponents of the project gradually wore down opponents; its construction began in 1817. The canal has 35 numbered locks, plus the Federal Black Rock Lock,[ and an elevation differential of about 565 feet (172 m). It opened on October 26, 1825.

In a time when bulk goods were limited to pack animals (an eighth-ton [250 pounds (113 kg)] maximum, and there were no railways, water was the most cost-effective way to ship bulk goods.

The canal, denigrated by its political opponents as “Clinton’s Folly” or “Clinton’s Big Ditch”,was the first transportation system between the eastern seaboard (New York City) and the western interior (Great Lakes) of the United States that did not require portage.

It was faster than carts pulled by draft animals, and cut transport costs by about 95%. The canal fostered a population surge in western New York and opened regions farther west to settlement. It was enlarged between 1834 and 1862. The canal’s peak year was 1855, when 33,000 commercial shipments took place. In 1918, the western part of the canal was enlarged to become part of the New York State Barge Canal, which ran parallel to the eastern half of the Erie Canal, and extended to the Hudson River.

In 2000, the United States Congress designated the Erie Canalway National Heritage Corridor[9] to recognize the national significance of the canal system as the most successful and influential human-built waterway and one of the most important works of civil engineering and construction in North America.”

The New York State Canal System (formerly known as the New York State Barge Canal) is a successor to the Erie Canal and other canals within New York. Currently, the 525-mile (845 km) system is composed of the Erie Canal, the Oswego Canal, the Cayuga–Seneca Canal, and the Champlain Canal.In 2014 the system was listed as a national historic district on the National Register of Historic Places in its entirety, and in 2016 it was designated a National Historic Landmark. 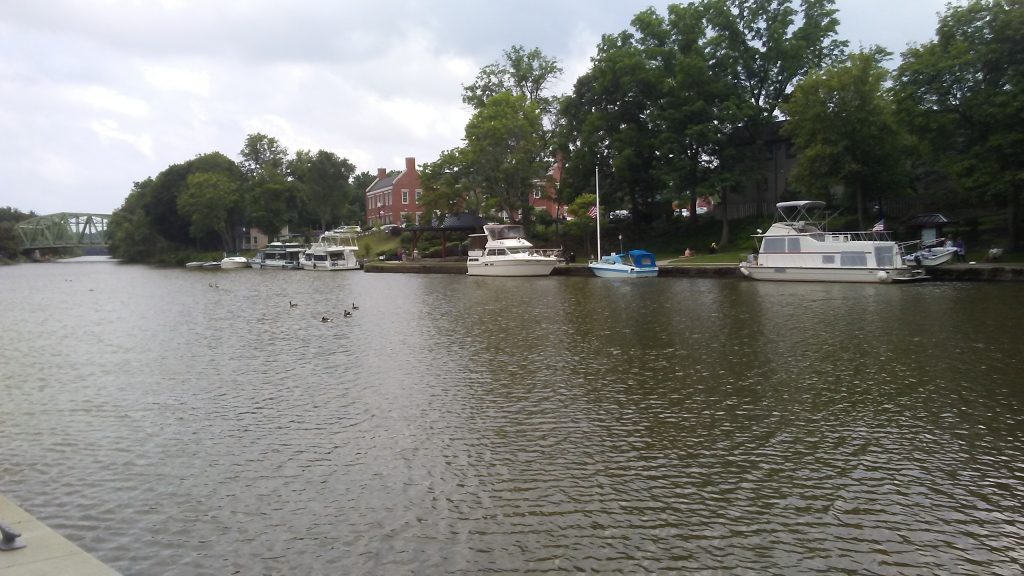 Pittsford on the Canal

Today. The Erie Canal still had a major impact. While barges are rare, locals and tourist alike take to the canal for recreation and sight seeing. The canal pathways that were once used by mules, are now used by hikers, runners and bicyclist. Romantic walks on the river have replaced the luxury barge travel . Where passengers would exit from the barges for refreshments waiting for their turns through the locks, now people enjoy the quaint restaurants and pubs that are along the banks. 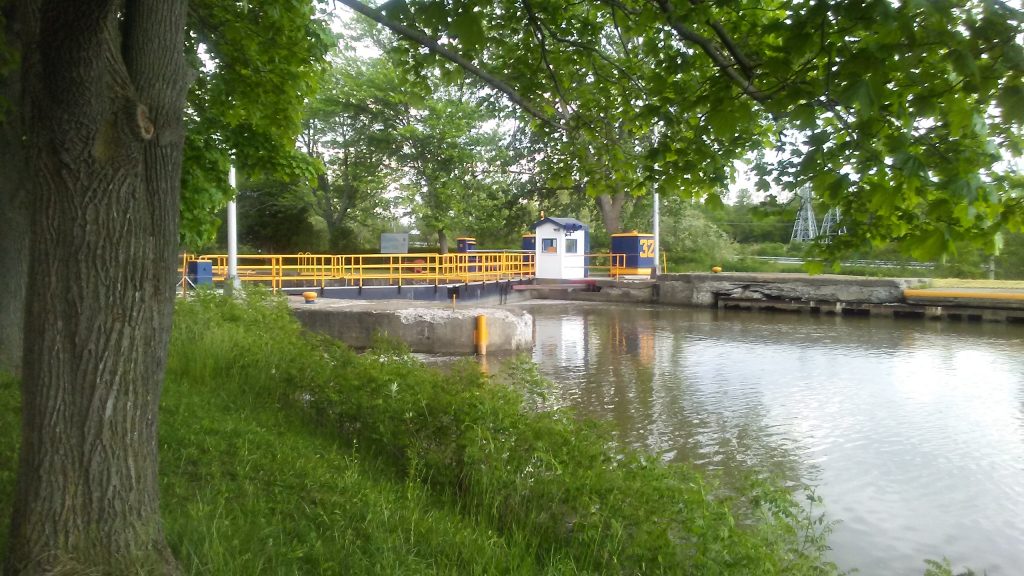 Lock 32 in Pittsford , is a “modern” lock started a hundred years ago as the Erie Canal route changed by passing Rochester.

In May 2017, a local brewery was renovating, they purchased 6 new tanks which were transported on 2 barges. The media and public followed them as they follow the Canal from New York to their new home. Here they are entering lock 32 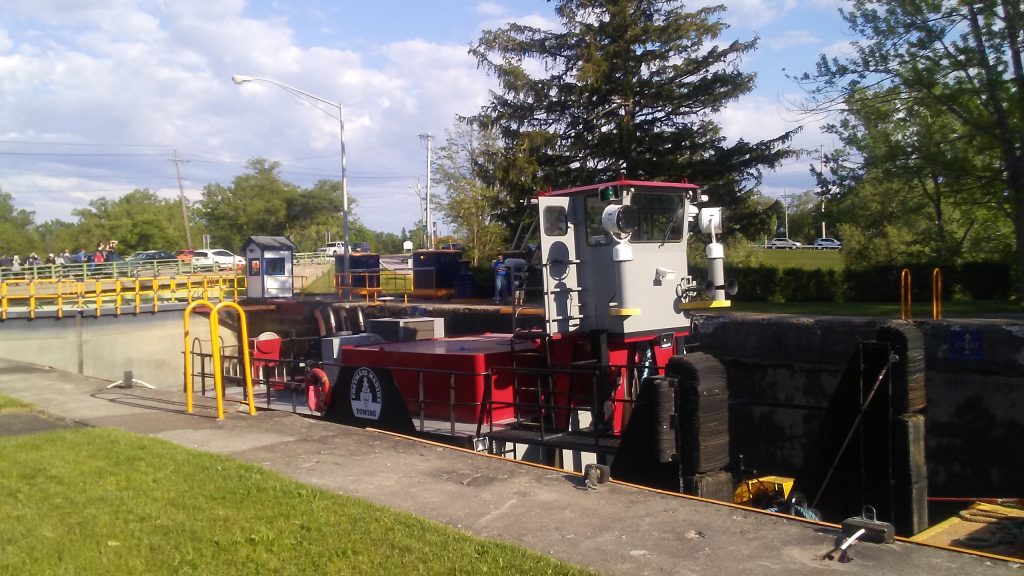 The barge being raised within the lock