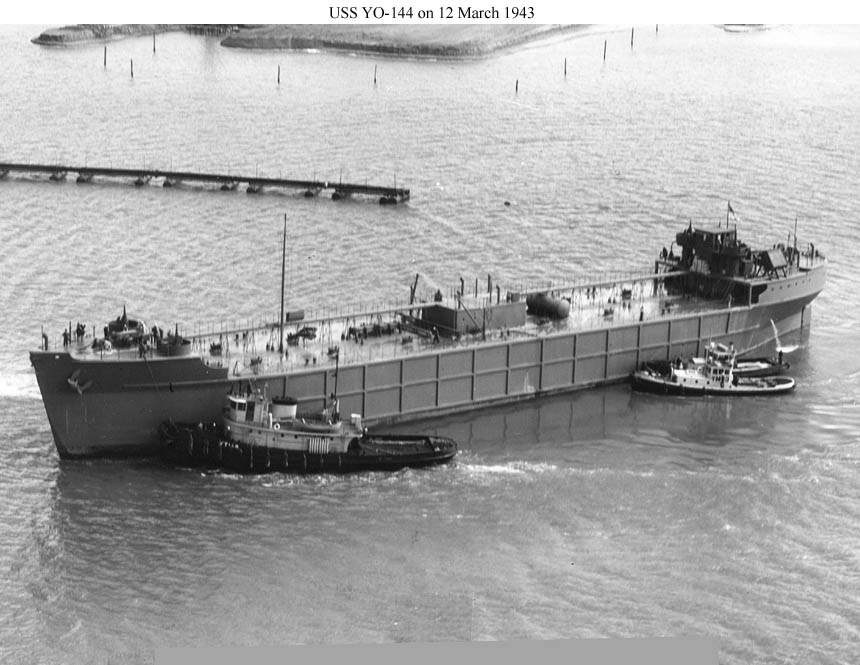 A Concrete ship of the same class as YON-146

World War II saw many interesting ship building activities, Concrete Ship building being one of them. Since the large ship yards were turning out capital ships, the corn field ship yards created the LST. These ships yards got that nick name because many of them had been farms before the war. Far inland, they used the nations waterways to get the ships to the coast. All this ship building put a strain on the production of steel. Steel production limits meant critical items were often delayed. Fuel barges being one of them. Concrete boats or more accurate ferrocement boats had been made many years before. The origins have been lost but some suspect that there were ferrocement boats as far back as the Roman Empire. In WWI, 12 ferrocement ships were built by the US Navy but with poor results. The Cement industry had a pamphlet showing the benefits of ferrocement.

WWII saw the effort renewed and learning from previous mistakes 24 ships were ordered. Early in the war it was 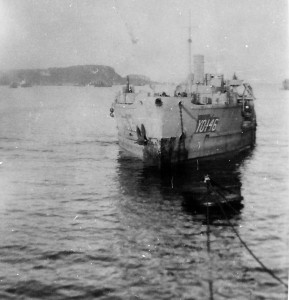 seen that fuel storage was becoming a issue. The success of this ferrorcement concept and the need for fuel storage lead to the ordering of ferrocement barges. These are barges in the sense that they had no engines and were pulled by tugs. They did, however, appear as ships. The first fifteen of the barges built were designed to transport oil from the Texas coast to the East coast oil refineries. Additional contracts created both bulk cargo barges and liquid barges. The largest barge was the B7-A2 design which was 375 feet long, 360 feet at the water line, with a beam of 56 feet. It had a height of 38 feet of which as much as 26 could be draft. The Landing Ship Tank was only 326 feet long and 50 foot beam. 22 of the B7-A2 were built, they were classed as “YO” if they were to carry bunker fuel and “YOG” is carrying “clean” fuel such as diesel or gasoline. The “N” was not always used, it designated a non-self propelled vessel. One of the barges was modified before launched to have half of the tanks aviation fuel and the other half water.

Two concrete ships were scuttle at Normandy to create a breakwater. Breakwaters containing floating concrete ships from WWII can be found in the Powell River in B.C. Canada and the Chesapeake Bay in Virginia. 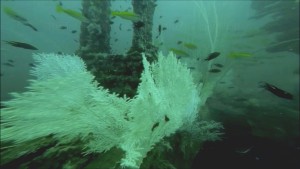 Seafans on the Concrete Ship YON-146

entered service on 12 Aug 43. While the war records for the barge is sketchy at times, she is known to have been initially assigned to Asiatic-Pacific Theater at Port Purvis Anchorage, Florida Island, Solomons Island Group. She seem to been moved to Guam in 1945 and in early 1950, she was towed from Guam to Pearl Harbor where she entered dry dock for a short time. This information of her time in Guam comes from the University of Hawaii. Acanthophora Spicifera is a type of red algae also know as Spiny Seaweed or Prickly Seaweed. It is the most common type of sea weed in Hawaii, however, it did not exists there before 1950. A heavily fouled YON-146 has been “accused” of bringing the seaweed and two fish species to Hawaii. Research has clear her of the fish but she still listed as a possible source of the sea weed invasion.

YON-146 was back at an Pacific Area advance base (probably Subic Bay) starting in June 1951.She was involved in Operation Ivy at Eniwetok Lagoon for most of 1952. Operation Ivy was a nuclear testing program in the Marshall Islands. After the operation she returned to Subic Bay here she was active until added to the disposal list on 24 Apr 57. However, YON-146 was lost by accident in July 1957.

She is the largest ship wreck at Subic, however, she is seldom dived. Subic Bay has very poor visibility at times and this wreck sits at the mouth of the largest river. The B7-A2 has a 36 foot freeboard and this wreck sits upright in about 120 feet of water, however silt has filled in around the wreck so that she raises only about 10 feet from the bottom and the holds are mostly filled in with silt. Still divers who explore her will find huge sea fans and schools of small fish. 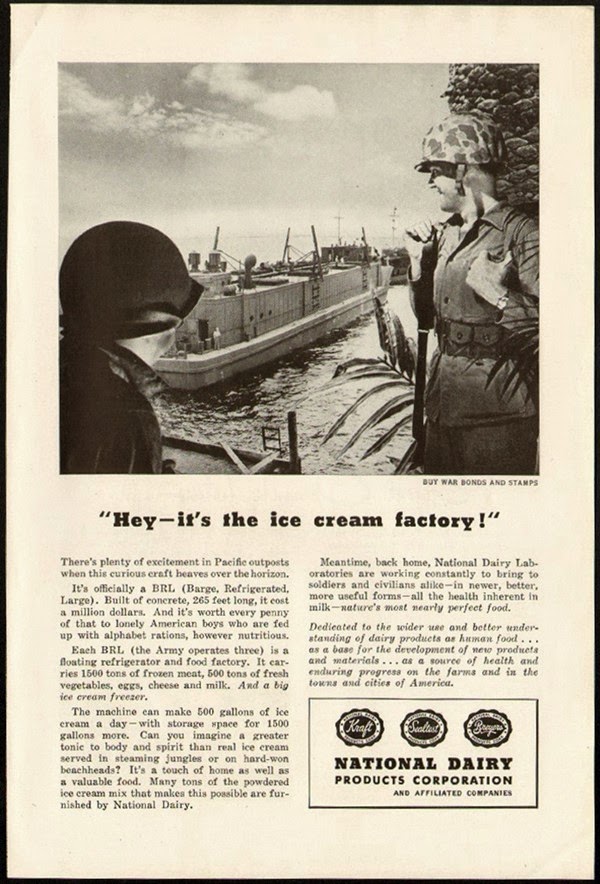 While concrete ships might seem unusual there is one that is in its own category. The Navy adapted a Army Barge, refrigerator, light to a floating ice cream factory.