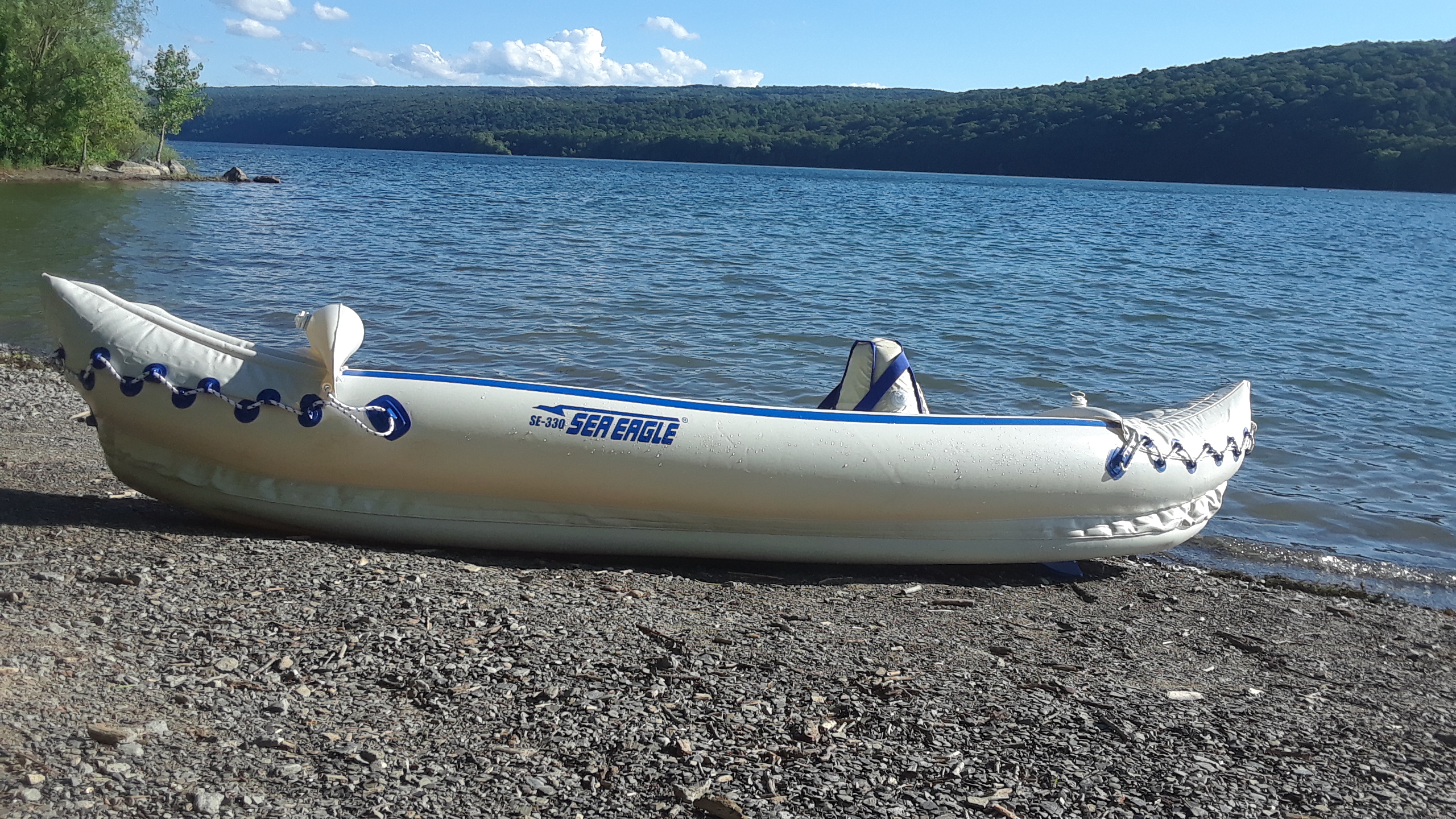 This is going to be a combination post and product review of my Sea Eagle 330. I am fairly new to kayaking. Over the last few years I started renting them and going to different places around the area. I enjoyed it and was at the point where I could justify buying one vs renting them. However, The cost of a roof rack was almost $500 for my car. I could have just gotten the cheap pads and tie down kits but felt I could not trust them for anything but a short drive. So getting my own kayak was set aside for a while.

While cleaning out my mom’s garage, a large canvas bag was found and since no one knew what it was, it was sent to the dumpster. Later, I pulled it out to be examined later. A Few weeks later, I was online looking for a cheaper roof rack. A link for sea eagle popped up and I saw it was the same bag that I had rescued earlier. I went to the garage and with my brother emptied the bag. I found inside a Sea Eagle 330.

We put it back in the bag and it went to my storage space to wait for more time and warmer weather. When I did have time, I found it was very dirty and missing the paddles. Before rushing out and buying a new paddle, I inflated it and let it sit for a weekend. When I returned, I found that two of the chambers were mostly deflated.

When I had inflated the kayak, I liked it. It looked good and I had no problems bringing it to storage, nor inflating it with the foot pump. I was not looking forward to looking for a leak, plus I was not sure how long it had been in the garage. I knew it had not been used for at least 4 years. The best option was to buy a new one.

I looked at the different packages and got the starter package. It is not on Sea Eagle website right now but it is the same as the deluxe package except it does not have the carry bag. I had considered the Pro Solo package, with the deluxe seat and carry bag. Since I had a carry bag and a deluxe seat with the old kayak, I opted for the starter set that had two seats and an extra paddle, in case I wanted to tandem.

When I took the kayak out of the shipping box, my first impression was the material was a good quality. It reminded me of a zodiac inflatable. After checking everything and preparing the items for the first time, it took me about 10 minutes to actually inflate the Sea Eagle 330. I sat in it a few minutes, then broke it down and packed it away in the carry bag that I had.

A few days later, I took it to Hemlock Lake for my first on water experience. I found a flat section of ground with some grass and laid out the kayak. Pumping it up and getting ready was easy. The pumping took me about 8 minutes. I used the SEC seat that came with it. A few comments that I read about the Sea Eagle 330 said it was unstable. My first impression was the same. However, once I had a foot of water below me and a few full strokes I felt it was stable. I think it was the skegs dragging. I did not feel comfortable with the seats. They just did not seem to support me well. On my third outing, I switched to the deluxe seat and fell they are right for me.

Taking it down takes a while, if you are caring for it properly. It needs to be rinsed off then dried before folding. Invasive species are a problem in my area so this is an important step. Also, it will keep it new looking. Once it is cleaned and dried, it only takes three or four minutes to fold it and place it in the carry bag. The carry bag will also hold the paddles, foot pump and life jacket.

I have a dozen outings this year in my inflatable about the same as I had for the previous three years combined in a hard shell kayak. The hard shells I used were sit-ins with a large cockpit opening and 12 foot long. If I were to rate them against each other on a ten point total scale, it would be a 7 for the Sea Eagle and 3 for hard shells. Here are some of my views:

Here are a few tips:

Here is a brief rundown of where I have used my Sea Eagle.

About the Sea Eagle 330 Inflatable Kayak

Our lightest, most portable kayak is America’s most popular, the versatile Sea Eagle 330. It weighs just 26 lbs. and packs down small enough to fit in the smallest car trunk. Don’t let the lightweight fool you, it’s a rugged kayak able to hold 2 people or 500 lbs and yet easy enough to be carried and paddled by one.

I have really enjoyed my Sea Eagle 330, and for me it was the right kayak to buy. 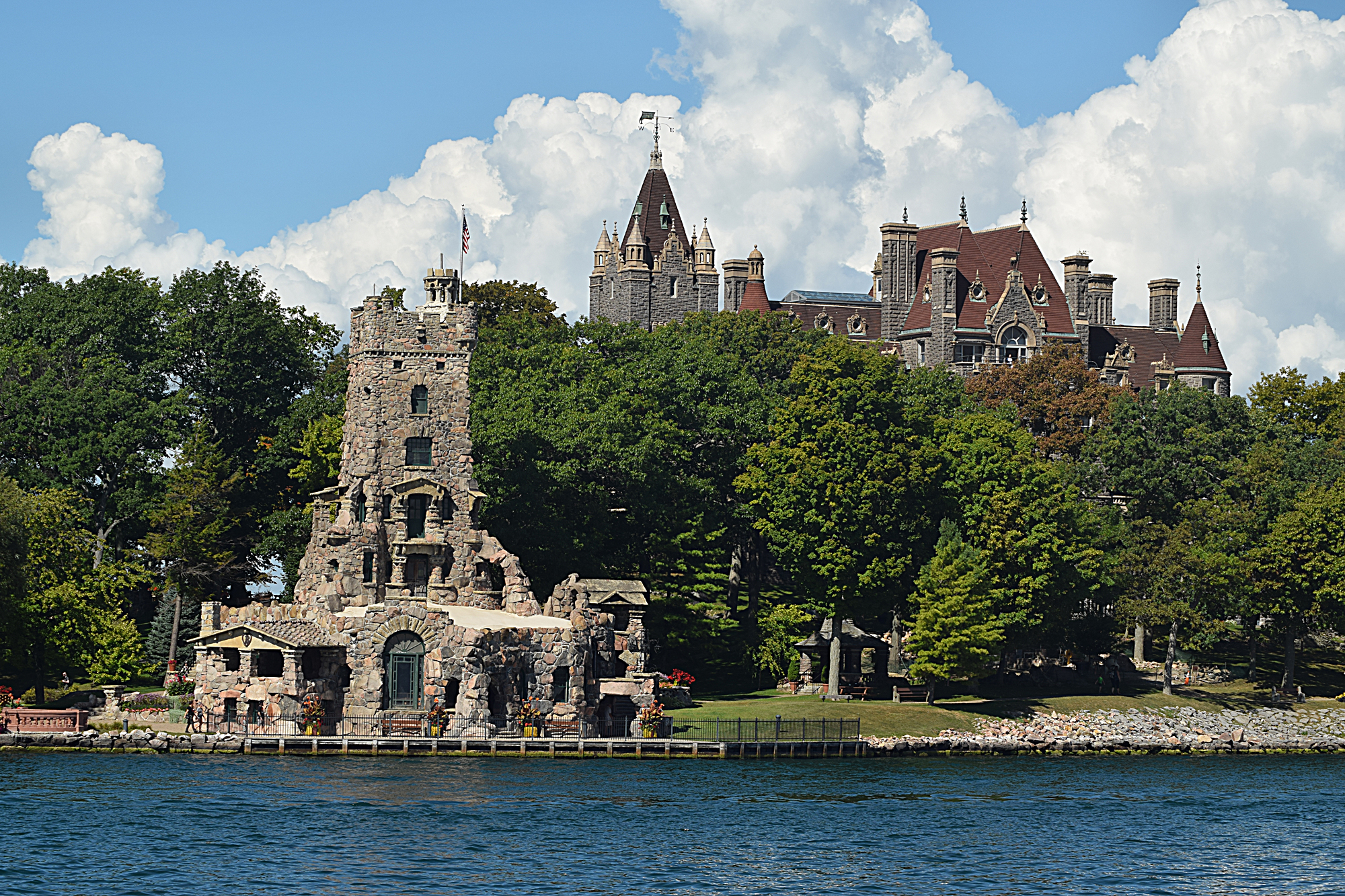 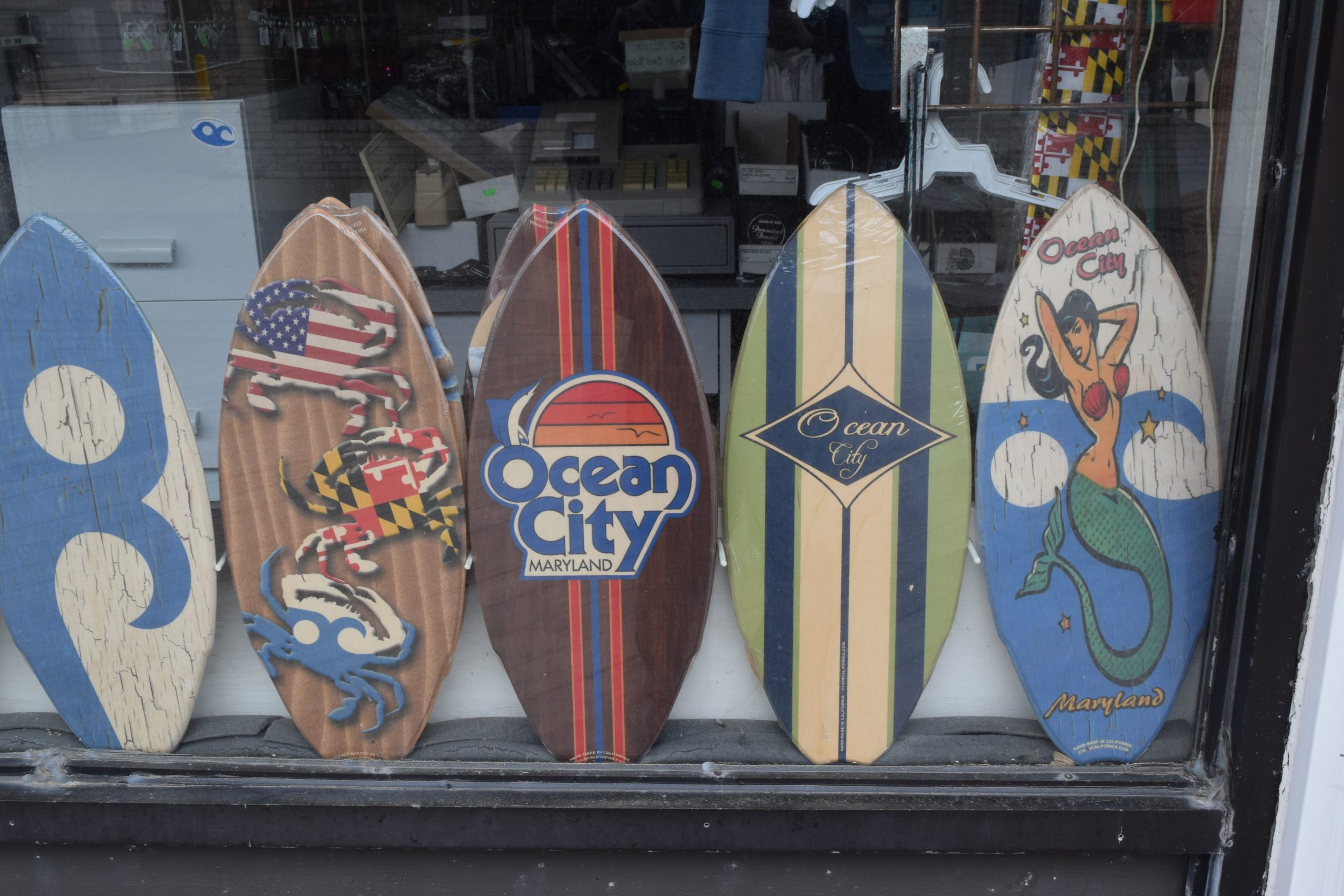 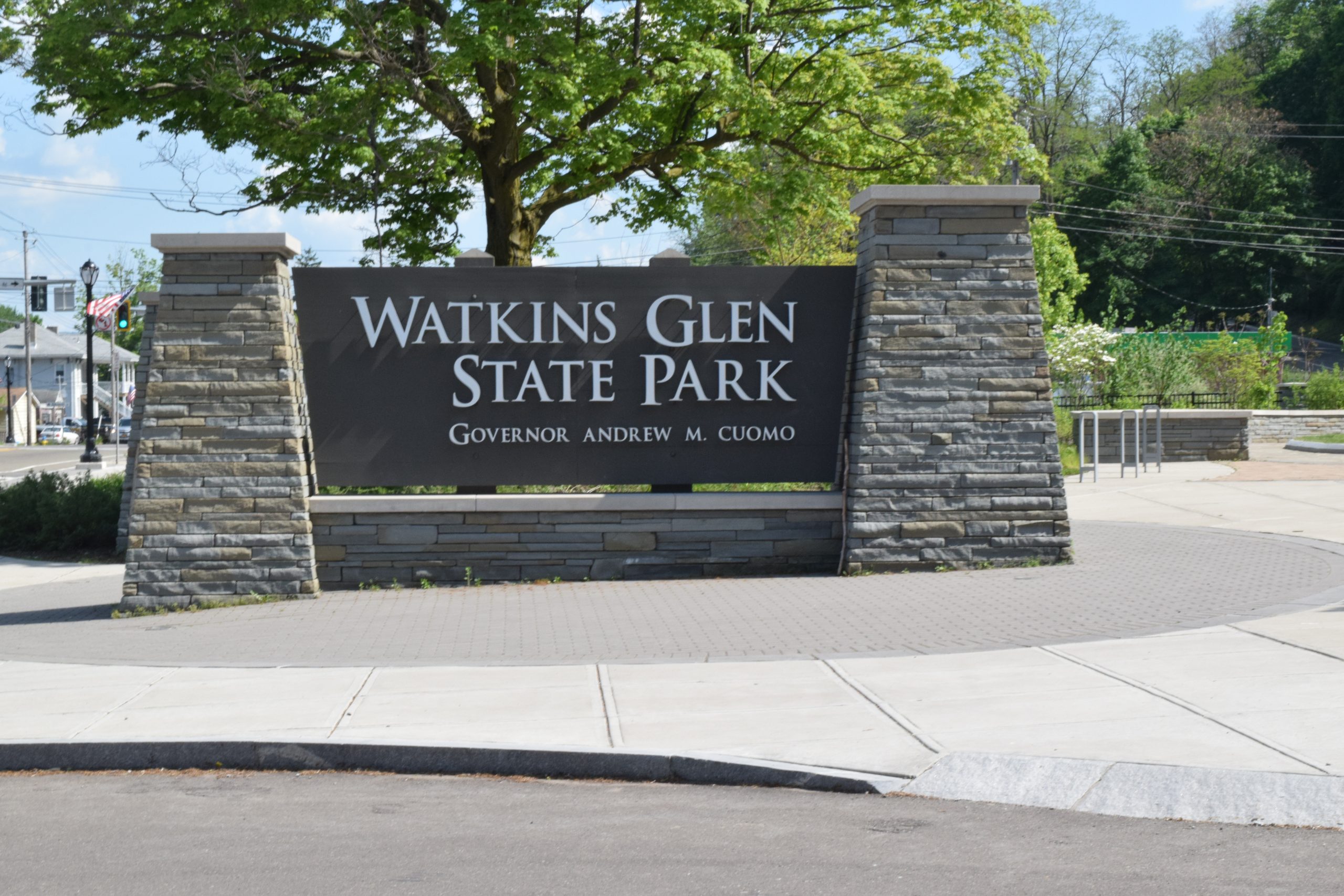